Many artists have been fascinated with entropy – that process whereby every system succumbs, naturally, to its own destruction.  The French philosopher Jean-François Lyotard once pointed to two contradictory processes that energy itself harnessed: One being entropy, the other a constant ‘invention’ of difference. The latter does not cancel out the former, but serves to mask its effects – that is, with the constant arrival of the new we are distracted from the decay and ultimate destruction that inevitably accompanies physical things.  Painting, in its most traditional sense, is an attempt to arrest the constant disappearance of the present into the past or ‘no longer’.  Yet, paint itself, as all conservationists know, has no more of a life span than anything else, as it is always changing, transforming, and inherently unstable.

Painting’s monumentalising tendencies are often reduced to tatters: marked by its chemical fissures, cracking and bubbling, with the urge to sustainable representation often subverted by the life of the very material sought to be ‘mastered’ by the processes of painting itself.  A few artists have worked to underline the impermanent nature of materials rather than artificially aiming for permanence; Gustav Metzger being one amongst many in the 1960s exploring these processes of entropy, and actually visually speeding it up in his auto-destructive painting and art.  It suggested change, renewal (which was political in this context), but also a warning of complete annihilation.  Alexis Harding, from very different perspective, explores this entropic and excessive nature of paint in a different way.  Utilising the gravity and nature of heavy-duty oil paint, the paint skeins buckle, often breaking and slipping from the canvas over the long drying period.  Harding, in response to this, has developed a more experimental wing to his production: Since 2005 he has been making Temporary Wet Paintings (TWP) outside of the studio. Made in the gallery or alternative spaces, the painting’s entire surface is ruptured at a far quicker rate and allowed to fall entirely away from the support often making two painterly panels from one source.

These works create a relationship between the wall, the floor, often comprising a totalizing gesture that physically forms the entire slippage of the painting. Photographed and then destroyed, the pieces question the nature of painting as an object and its temporal life span. Literally, in the TWP, the action is falling off or falling down.  Harding describes this series as, “time- based, performative and extreme in the way they shun the pictorial incident evident in the studio paintings. I wanted to make something quicker that existed for just a short time in a specific space and also open up the work; I see these works as a painterly equivalent of Bas Jan Ader forever falling off things or Smithson’s earth and glue pours. Most Importantly they force me to react in ways I wouldn’t in the studio, they can be to do with a type of dissent and celebration of painting.”  These works get to the heart of Harding’s practice, and create an expanded context for the studio practice, negotiating a space where the viewer can muse on the relationship of intention and materiality.  As James Elkins has suggested, “ some artists have tried to discipline paint, to learn its inner rules, and to control it from a position of knowledge.  Others have learnt to let paint do what it wants so that painting becomes a collaboration between the artist’s desire and the unpredictable tendencies of paint.” But on the contrary, Harding shows that this ‘letting paint do what it wants’ is an illusion that must come from the discipline of knowing, intimately, its ‘inner rules’ and behavior patterns. 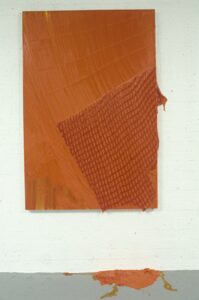 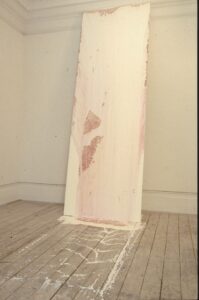 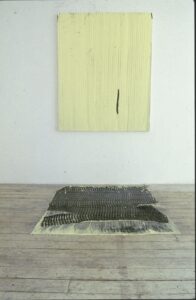 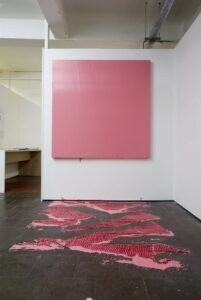 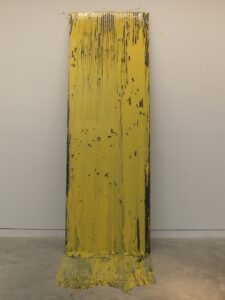 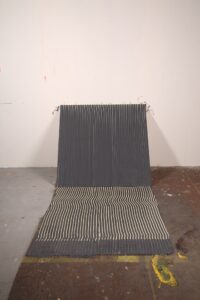 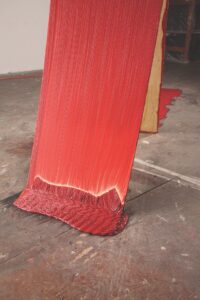 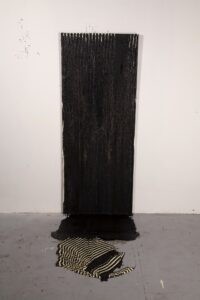 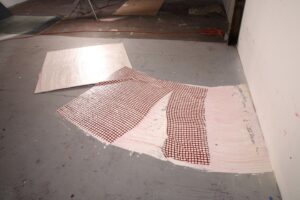 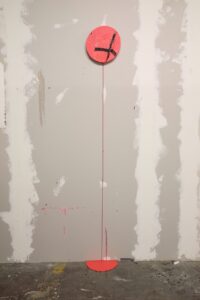 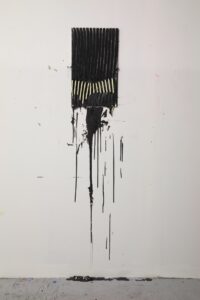 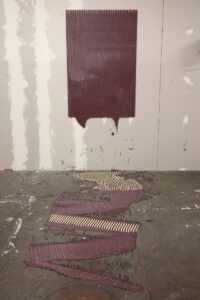 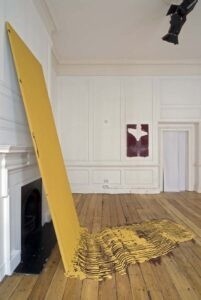 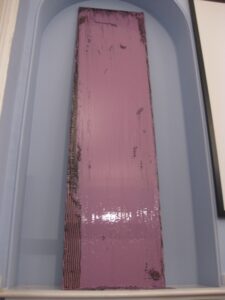 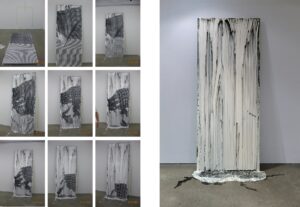 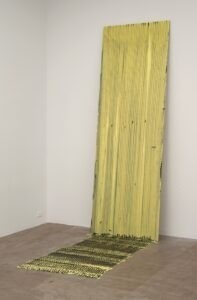 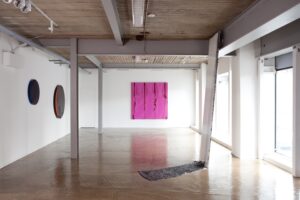 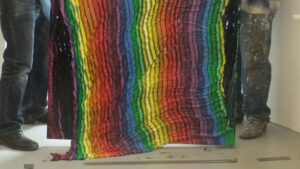 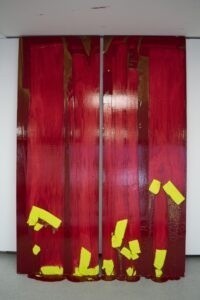 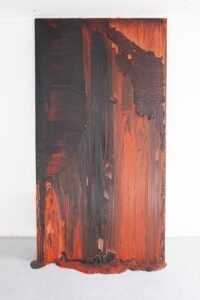 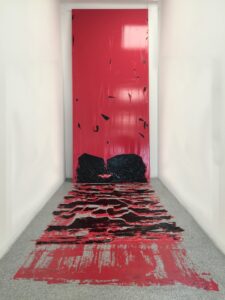 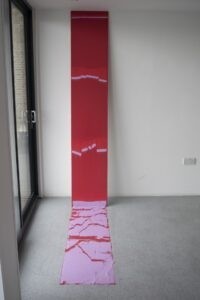